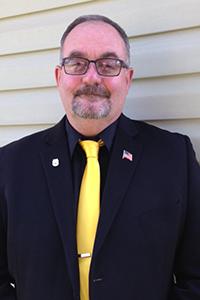 James C. Hollenbeck was appointed as a member of the Authority Board by former Governor Andrew M. Cuomo.

Mr. Hollenbeck is employed by the Teamsters Local Union No. 687 as an organizer and a Business Agent. He has been a member of the Local in good standing since 1982. He has been elected to the Executive Board of the Local since 2007 serving as a Trustee, and since 2010 as the Recording Secretary. He also serves as the Insurance Trust Administrator and a delegate to the Plattsburgh-Saranac Building and Construction Trades.

Mr. Hollenbeck was previously employed full time for 41 years with the Town of Hopkinton Highway Department. During his tenure, he was appointed by the Town Board to serve as interim Highway Superintendent in 1994, and again in 2013.